Waste Management Plan in Dibra. A model developed by dldp

Conference: “Migration, Diaspora and Development in Albania and in the Western Balkans” 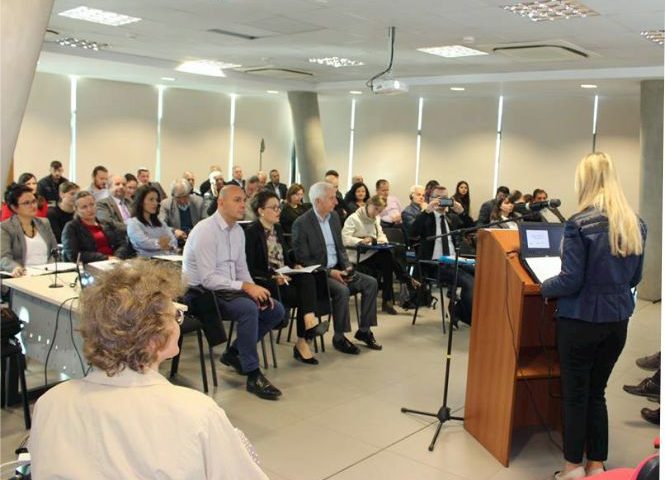 The Conference “Migration, Diaspora and Development in Albania and in the Western Balkans” gathered international and Albanian scholars, students, local experts, development programs and diaspora representatives, in a platform to discuss international and good practices on why and how to involve diaspora and migrants into the native country processes at national and local level.
The Conference was organized in two days. Themes on Diaspora and the Local Development: Capitalizing experienced of Diaspora involvement in local processes were discussed the second day, October 28, 2017, which was organized by the Center for Economic and Social Studies and the Mediterranean University in Tirana, with the support of the Decentralization and Local Development Program – DLDP.
The conference aimed to bring together scholars and relevant actors from Albania and the Western Balkans in order to create a forum for exchange of knowledge and discussion of the issues that surround migration research and policy, to challenge existing models and discourses of migration, diaspora and development, to address current policy challenges, and to offer solutions for better utilization of human mobility and potential of migrants.
Dldp has invested in developing models of involving Diaspora into local processes and activities. An excellent case is the case of former Commune of Dajç, now part of the new Municipality of Shkodër, where people from this commune living abroad (mainly Italy) have been involved in the funding of public infrastructure. Diaspora has been as well in the focus of the Albanian Government; organizing last November, (2016) for the first time an extensive dedicated event Summit of Diaspora, which shows a clear willingness in favor of an inclusive trend.

Presentations in the conference were made by:
– Prof. Russell King (Sussex University, UK)
– Ph.D. Bresena Dema – Diaspora: fundraising opportunities (capitalization of the case of former Commune of Dajç and the transferred experience in Hot);
– PhD. Erka Caro – Citizens participation: Diaspora as an active part of local native territories (participation models from GLP process in 5 Municipalities);

Ministry of Foreign Affairs of Albania was represented by Mrs. Donika Hoxha, Director of the Department of Economic and Public Diplomacy, who stressed in her speech the importance of the diaspora involvement in the development of Albania, and the priorities set by the Albanian Government into facilitating and incentivizing such involvement.
Discussion panels composed of representers of the Albanian emigrants’ community in Italy, and of diaspora members in the USA, served as a debate platform which provided more insight on how the Albanian diaspora has contributed for the developments in Albania, in various occasions at national and local level, and what are the expectations towards the Albanian Government in terms of more close relations established with emigrants and diaspora.
The Conference shall be followed up by a Policy brief, which will provide recommendations for the Albanian Government. Recommendations shall be consulted with key local representatives and shared with national actors. 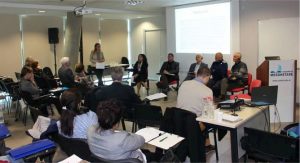 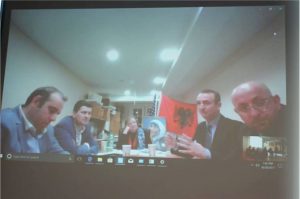 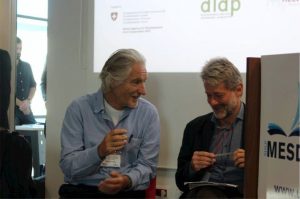 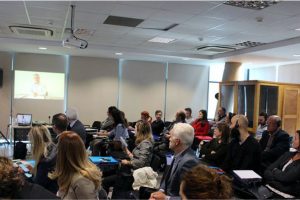