25 years of support and collaboration with Swiss Government in Albania 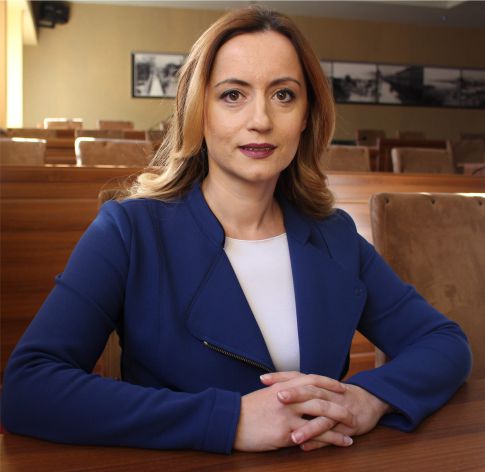 Please meet our new Vice-Prime Minister of Albania, Mrs Senida Mesi.
After being elected as member of the Parliament this summer, on June 25, 2017, she was appointed as no two of the Government of Albania.
Congratulations to you Mrs Senida Mesi, one of the very active member in the Women in Politics Network, a network which is supported by the Swiss program dldp.
Below is her short profile, part of the catalogue of Women in Politics Network, published by dldp in September 2017.

Senida Mesi She was born in Shkodra on 16 December 1977. She graduated in Business Administration at the University of Tirana. In 2009, she also graduated at “Procredit Banker’s” Academy in Frankfurt, Germany, whereas in 2013 she received the title “Certified Accountant” by the Certifying Authority of the Ministry of Finance. Currently, she is an independent consultant, a professional in the banking system, finance and economy, as well as a lector with over a 15 years of experience. Without quitting her university teaching, she was also dedicated to the bank system, starting to work in Procredit Bank. In 2003, she was appointed Bank Director for Shkodra branch, whereas in 2011, she was appointed Regional Director for the North. During this assignment, she participated in many professional training sessions on management, finance, communication, etc.

Senida Mesi: “What we have achieved so far might sound simple, for you who are listening to it, but it is not at all as such. It requires work, reading, lobbing, communicating and above all being attentive to details and insisting on something. Only persistence and commitment made it possible for three mini-projects to be carried out, if I can call them as such. I don’t know how many others are awaiting for us, but I definitely believe that with insistence and commitment, everything can be carried out.”