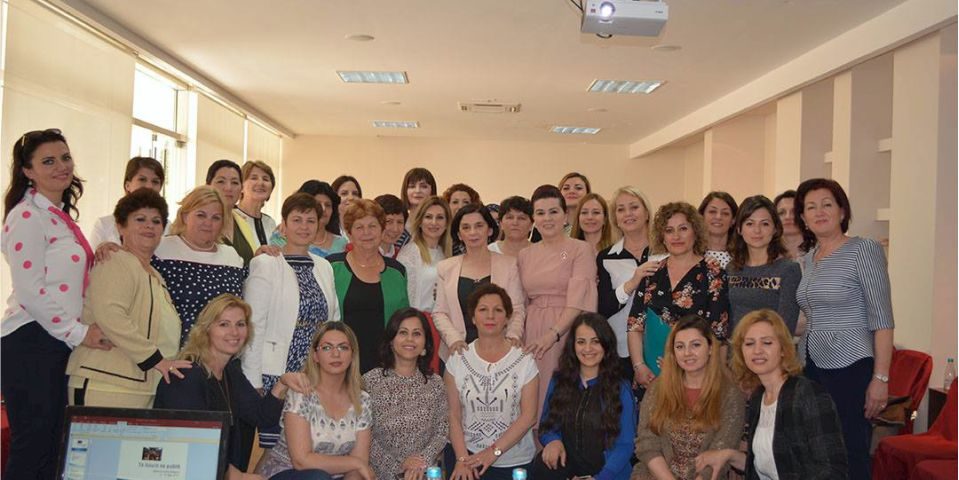 Dldp has supported the Network of Women Councillors through many trainings in raising their capacities and strengthening their abilities in fields such as local governance, gender budgeting, and social inclusion, so that the voice of women to be heard more during the meetings of the city council where decisions for the improvement of the life of citizens are taken.
Women themselves identified the improvement of public speaking abilities as a need for training, so on May 13-14, 2017, in Budva of Montenegro, it was held the training “The art of public speaking”, for the women councillors of Shkodra and Durrës Regions.
In the two days of training, the communication and media expert Valbona Sulçe Kolgeci spoke on interesting and useful topics to help women councillors prepare a good speech, to manage their public speaking, to be professional in different presentations, etc.
In the first day of the training there were invited also two Montenegrin MPs, Mrs Jovanka Lalicic and Mrs Marta Scepanovic, the later also member of the Parliamentary Commission of Defence.
Mrs Jovanka Lalicic spoke on her experience as a leader in local level, for the challenges and successes achieved as well as her promotion to national level through the Parliament, where responsibilities and duties toward the community are greater.
Mrs Marta Scepanovic shared her experience with the participants and focused more on challenges and difficulties with which women are faced in the field of politics, where one can succeed only due to a serious and responsible engagement. She stressed the key to success, which is cooperation with colleagues, regardless of profiles and political affiliations, which must be overcome when issues are great in magnitude.
Women councillors had an added interest on the way their voice is heard during the decision-making process, how much do they cooperate with the Albanian Parliament, etc.
In the end of the first day of the training, discussions focused on the identification of some issues related to local government that can be supported by women candidates in the elections during their campaign trails, as well as the identification of help packages for women councillors.
At the end of the training, women councillors were acknowledged with the Blog established by dldp for the Women in Politics Network, which aims the promotion of this network and informing the public about its work and achievements. The training was successful and strengthened the spirit of cooperation between women councillors of Shkodër and Durrës Qarks.